When you think about olive oil, your mind probably goes to Greece but have you heard of California Olive Oil. After all, it’s the Ancient Greece that started the tradition of making olive oil. And these days, an average Greek consumes more olive oil than people from any other country in the world.

Or, maybe your mind wonders off to Spain when you think about olive oil? After all, it’s Spain that’s the largest producer of olive oil on the planet. Or maybe you think about Italy? Or France, or some other country based in the Mediterranean region?

Sure, Southern Europe has been the epicenter of olive oil cultivation, as well as olive oil production, but this doesn’t mean you can’t find quality products made in other parts of the planet. You can, even in the United States. Actually, the quality of extra virgin olive oil made from olives grown in California is considered by some to be much better than the oil imported from Europe.

And it’s no surprise why that is the case. California seems like a perfect place on Earth for the cultivation of olive trees. The weather is nice and sunny throughout the year and the ocean is nearby. And that’s exactly what olive trees need to bore a lot of fruit. And the fruit Californian olive trees bore is packed with healthy oils, same as their Euro cousins. Speaking of healthy oils, let’s talk about some of the health benefits you will get from using California-made olive oil.

Olive oil has a structure that’s made mostly of monounsaturated fat. This is a kind of fat that’s considered healthy. It has the power to reduce the so-called bad cholesterol or LDL cholesterol, which is the one that can clog your arteries, eventually leading to all sorts of coronary issues, including heart attack and stroke.

Olive oil is also rich in Omega-3 fatty acid, which is a known antioxidant that kills free radicals, thus helping cancer prevention. It has many other benefits as well, including boosting brain function. This fatty acid is also assumed to have a good impact on the health of your skin and hair. It’s also speculated that this fatty acid may have benefits on your mood, helping with emotional issues such as depression and anxiety. Olive oil is also packed with vitamin A and vitamin K, both of which are famous antioxidants.

The amount of these substances varies from one type of olive oil to another. It depends on many factors, including the variety of olives, the location where the olive trees grow, as well as the method of oil production. The good news is that California olive oil is extremely rich in health-boosting substances, especially if made through the process of cold-pressing.

When it comes to choosing olive oil, the most important thing is that it’s actually genuine. If it’s 100% real olive oil, you have nothing to worry about. Unfortunately, because olive oil is expensive, it’s often mixed with other types of cooking oils. This is the reason why we recommend sticking to reputable brands that have already proved themselves.

Here’s a cold-pressed extra virgin olive oil made from olives grown in California. It’s meant to be used on a regular basis, which is the reason why its taste is pretty mild, with the acidity of below 0.5%.

Another thing showing that this product is meant for everyday use is that it comes in a large package. Actually, it comes in two bottles, each carrying 25.4 ounces of olive oil. The best thing is that this is your budget option; you probably won’t be able to find cheaper olive oil, at least not of such fine quality. 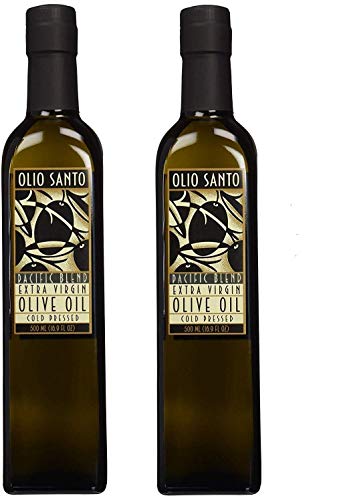 Made by the same company as the previously-reviewed olive oil product, this one is a bit pricier. And the reason for that is that this is an unfiltered and unrefined extra virgin olive oil, made through the process of cold-pressing.

Another thing that makes it a premium product is that this olive oil is made of Arbequina olives, famous for their highly aromatic flavor. Therefore, this olive oil is a true delicacy for culinary enthusiasts. If you think you’re one of them, you should definitely give it a try. 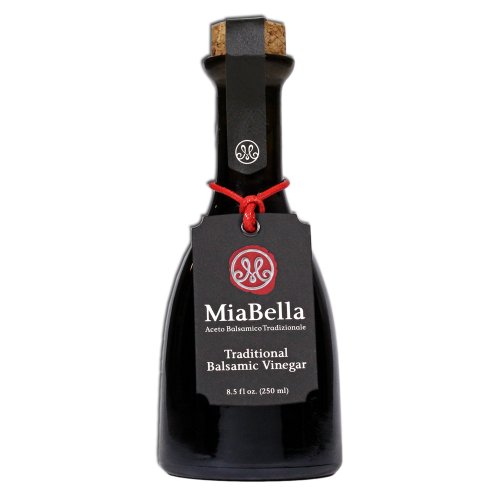 This olive oil is made from olives grown in the Pacific region of the United States, mainly in the state of California. Several different sorts of olives are used in its production, none of which comes from import. It’s made through cold-pressing, which means that this extra virgin olive oil has kept all of its important nutrients.

And when it comes to taste, it’s pretty mild, hence very versatile. Therefore, you can use it for all sorts of meals. In fact, Ina Garten a.k.a. the Barefoot Countess, who’s considered one of the biggest culinary experts alive, has recommended this oil as an essential item in the kitchen of every serious cook.

It really doesn’t matter where the olive oil is coming from. As long as it’s 100% non-GMO extra virgin olive oil, you got nothing to worry about. Of course, if you want to try California olive oil, we say go for it. And if you want the best ones, go with those reviewed above!

We are David and Anna – a couple who loves living a healthy lifestyle. Our goal is to help people choose the right products to get the best results. We can help because David has a master's degree in medicine, and Anna is a dietist.

We are David and Anna – a couple who loves living a healthy lifestyle. Our goal is to help people choose the right products to get the best results.